As promised an actual layout is under construction and not just a false start. For some time now I have reached a stage where instead of just outputting T&RS I had a real need to build something to run it on!

I showed you all the flying bog seat (FBS) some weeks back as a full 1:1 plan, the problem is I do not have a lot of room, but the FBS really started to shout Diorama and at home I wanted to do some shunting.

At OTCM towers we have been toying with the idea of the ‘half loop’ for some time and finally it has manifested itself into a layout. The half loop is where the back half of the run round loop is completely off scene. It gives you a chance to run around a train and shunt without having to model the entire loop.

The layout is going to be an NCB landsale yard, it will see my first attempt at almost everything. I have to say now that the points were built by John Jones who is on eBay under the name ‘Hayfield Golfer’. He built each point for £18.95 (about $27 US) for that price I ordered for ease and quickness (laziness). Remind me never to moan about cheque book modelling.

For landsale inspiriation please see these links, these photos are by Kingmoor Klickr/Gerv Wright/Adam D Swift. (I cannot stop WordPress from inserting a picture from a link – do not want to upset the copyright): 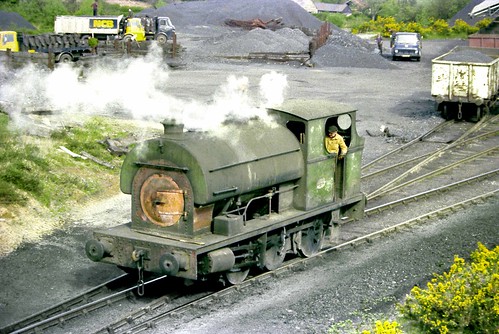 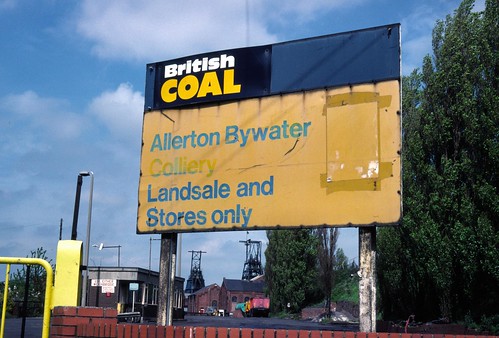 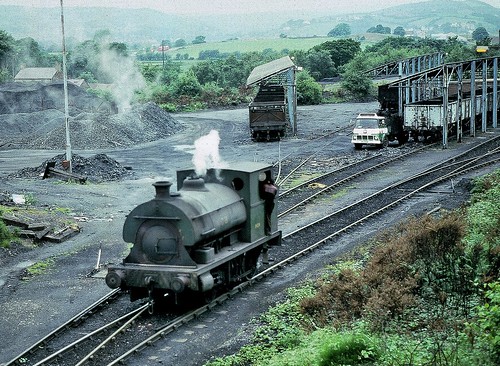 Do not fear however the rest will be to the normal OTCM bodging and making do standards.

The points will be controlled by PDC simple switches and this is because of Matt’s Railroad blog, so thanks to the world of WordPress I am trying a new laser cut Canadian product, link here:

Just leaves you with some photos of the actual layout:

Backscene is bendy MDF from B&Q built on a simple frame. The track is C&L and all I have done to the points since John constructed them is fill the isolation gaps with Humbrol filler.

The exciting stuff is about to begin….

I will keep you all up to date with the layout as I learn new bits and bobs with the development and hopefully you will enjoy the ride.

8 Replies to “New Layout – No Honestly”

A journey through a quarter-life crisis, weight loss and getting somewhere.

South Wales Steel in the 1980s

A record of my P4 layout Kyle of Sutherland, which I scrapped in 2018, and the continuing work to upgrade and improve its finescale trains, locos and rolling stock

Off The Beaten Track
Model Railway Musings by D827 Kelly

Amtrak in the Heartland

Devoted to the history and operations of Amtrak in the Heartland of America.

“Anything is possible on a train: a great meal, a binge, a visit from card players, an intrigue, a good night's sleep, and strangers' monologues framed like Russian short stories.” ― Paul Theroux, The Great Railway Bazaar

ayohcee
The Erratic and Wandering Journey

N-gauge modelling (and beyond....)

Come along on my knitting adventures!